One of my favorite memories from childhood was our annual trips to the pumpkin farm.  There was a place about 40 minutes from where we lived that Mom would take us to pick our would-be jack-‘o’-lanterns.  Derek and I would ponder for what seemed like forever- usually making it a competition to see who got the bigger one.  There was also a little shop at the farm where Mom always shopped for crafts and gourds and Indian corn; it was her reward to herself after enduring any length of time with my brother and me and our constant bickering.  That’s all she wanted: some cute little craft, a couple of gourds, and a bunch or two of Indian corn.

“Punkin pickin'” is still part of our fall tradition here in the Merrow household.  Every year when the leaves start to change and the weather starts to cool, Ryan starts asking when I’ll be ready to go.  He likes to plan the outing.  And picking a pumpkin is, for both of us, very serious business.  In the six years since we’ve lived here, I think there have only been one or two that we haven’t had pumpkins.  Sometimes they come from WalMart.  Last year they came from the buffalo farm up the road.  I think once we even dragged a few from Punxsy- from my sister’s pumpkin patch that she plants and lovingly tends every single year.  We just haven’t found that special place yet to make our new tradition.

This past weekend was miserable: cold, windy, and rainy.  It was the perfect weekend to stay inside and eat chili and drink cider.  But by yesterday, I needed to get out and DO something.  Anything.  So when he asked the question, “when did you want to go get pumpkins?  I found this new place we should check out,” I had made the decision and jumped in the shower before he finished asking.  We were going, rain or not. 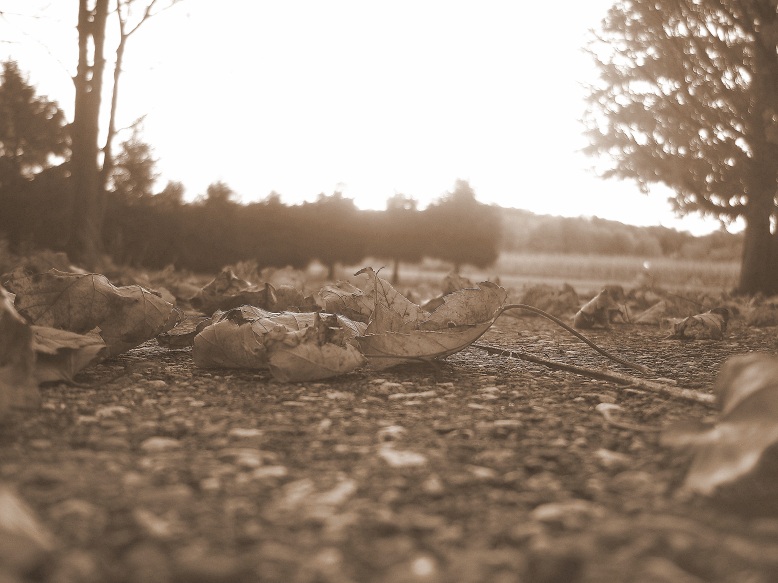 It was cold.  It was raining.  The wind was blowing and the place was deserted despite the rows of cars in the parking lot.  We approached the admission window for some information, while I said a little “thank you” to my aunties for the Uggs they bought me last Christmas; the rest of me may have been freezing, but my feet were toasty, and for that I was thankful. 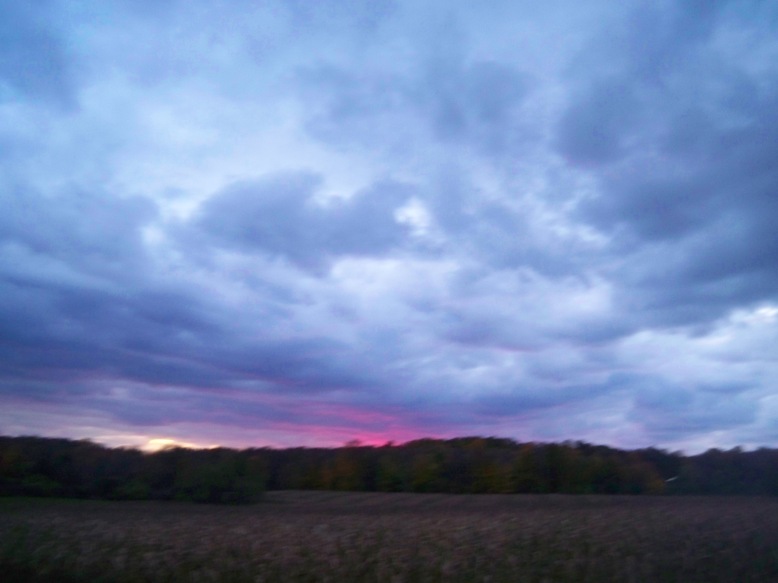 When the one lonely lady manning the booth slid the window aside to let us in, she began to run down the list of attractions the farm offers: “Oh, we do hay rides and the haunted corn maze…but they don’t recommend that for kids under ten.  And there are slides over there…you know, for the kids…and there’s a petting zoo…for the kids…and… Oh!  The white barn over there has a cafe and craft shop.  There’s a corn box…for the kids… and over here, you can pick your pumpkins.  So…will you be trying any of the attractions today?”

This was sort of a strange question, and I, at least, was a bit thrown off.  After all, we were alone.  No kids in tow, no stroller, no car seat.  We were alone.  Just the two of us.  Finally, after exchanging a look with Ryan, I responded by saying, “It’s so miserable out today, I think we’ll just check out the craft store and buy some pumpkins.”  This statement saved us the admission fee that’s charged for the other attractions.  Armed with wrist bands, we entered the farm and headed for the barn.

The atmosphere there was a fun one; as we entered, Ryan said it reminded him of what he would expect to find at Roloff Farms of Little People, Big World fame.  There was a small cafe in one corner, with picnic tables lining the walls, and a game of corn hole set up in the center aisle.  In the back corner was nestled a small, cozy primitives shop.  We walked through, staying long enough to see everything, and headed back out to tackle the task of tracking down some pumpkins to take home with us.

There were so many pumpkins to choose from, I got confused.  I would point out one that had a good shape, vibrant color, substantial size, and was consistently round, and then promptly lose it.  Ryan would find one that looked perfect from the front, but was completely planar on the opposite side.  If we pondered and walked around for five minutes, we were there for forty-five.  Finally, we settled on two that were similar in size, shape, and color, and headed for the check-out booth.  Ryan carried them while my eyes wandered to the potted Mums and the boxes of gourds and cooking squashes.  We noticed some wagons, provided to help patrons “cart” their finds out of the patch, and I snagged one in order to continue shopping.  Once Ryan had dropped the two large pumpkins onto the wagon, he immediately suggested we pick out a pumpkin for Clohe.  He found her a smaller one that was perfectly round and perfectly orange, and urged me to pick some gourds to take home.  While I pondered over those, he checked out the pie pumpkins.  “Babe,” he called to me, “do you use these?”  I turned to look, and admitted that I never had, but I knew that they were used for all the wonderful recipes canned pumpkin is used for.  “I could bake a pumpkin pie from scratch,” I said, wheels turning.  He picked out three for me to bring home.

With a new project to focus my energies on, I couldn’t sit still when we got home.  I hauled my gourds and pie pumpkins into the kitchen to wash, while Ryan balanced our future jack-‘o’-lanterns to carry to the front porch.  And I set to work…