Several years ago, when Ryan and I first moved here, his Grandma Merrow passed on her chocolate molds to us.  I’m not a fantastic candy-maker, and I don’t do it often (maybe a few times a year), but having that little piece of Grandma makes me feel a little closer to her when I get out the molds.  And a couple of weeks ago while Ryan was out racing, I opened the freezer to find about four bags of half-used chocolate that I wanted to make into something before they began to taste like the freezer.

I started with an 8×8 pan of chocolate chip cookie bars.  Why not regular cookies?  I guess I was feeling kinda lazy that day, and rather than getting cookie dough all over my hands, it was easier to just pour all that batter into the pan and toss it in the oven.  Plus, the bars usually come out all gooey and not-quite-baked in the middle, and we both love that part.

After those went into the oven, I set to melting three different kinds of chocolate: milk chocolate, white chocolate, and dark chocolate. 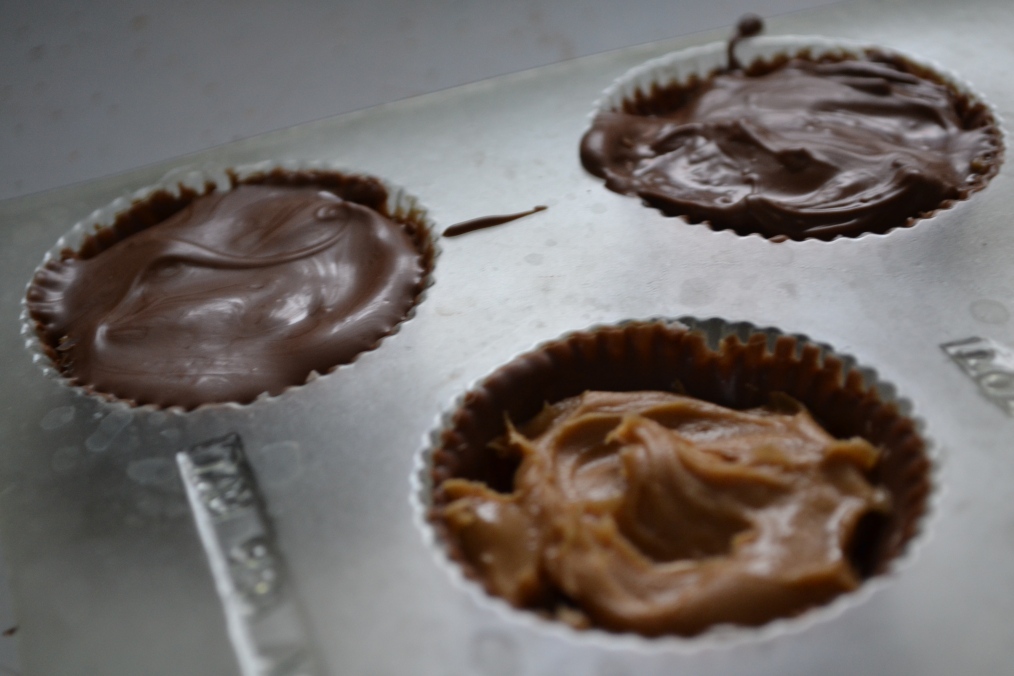 And finally, for my parents, I melted down the dark chocolate (leftover from my Valentine’s Day gift to myself: homemade chocolate-covered strawberries!) and filled it with Marshmallow Fluff, to make a candy similar to Mallo Cups, one of their shared favorites.  Those will be safe from Ryan too, since he likes neither dark chocolate nor marshmallow fluff.

The chocolate is cleared out of the freezer now (aside from the few pieces I’ve been saving to share with my family) and the molds have been put away till the next time the spirit moves me to be creative.  Judging from my lack of blogging lately, it’s probably safe to say it won’t happen for awhile.